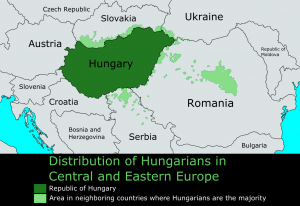 John Feffer, writing for the Huffington Post, expresses his grave concern over political developments in Hungary in recent years. He suggests that Hungary may be symptomatic of a cancer that is spreading across Europe: a rejection of liberal values, a rise of nationalism and xenophobia, combined with a growing distrust in European institutions.

I wish I could argue that Feffer is wrong. But he isn’t. Not only is some of the political rhetoric coming from Hungary frightening, but so is the attitude of ordinary people towards the country’s Roma minority, towards Europe, towards Western values.

Yet as Feffer notes, Hungary is not alone: similar sentiments are also on the rise elsewhere in Europe. And unless the EU manages to get its economy under control, things will get worse. Indeed, I have a feeling that the worst is yet to come, and that things will get a lot worse before they’ll get any better.