With four cats in our house, it’s easy to guess that my wife and I are both animal lovers. To be sure, we are partial to felines, but we love most other animals (with obvious exceptions such as flies or mosquitoes) and we are especially troubled when we see animal suffering.

And animals suffer a lot. Especially in wars. Which is why I find the Animals in War Memorial especially poignant. 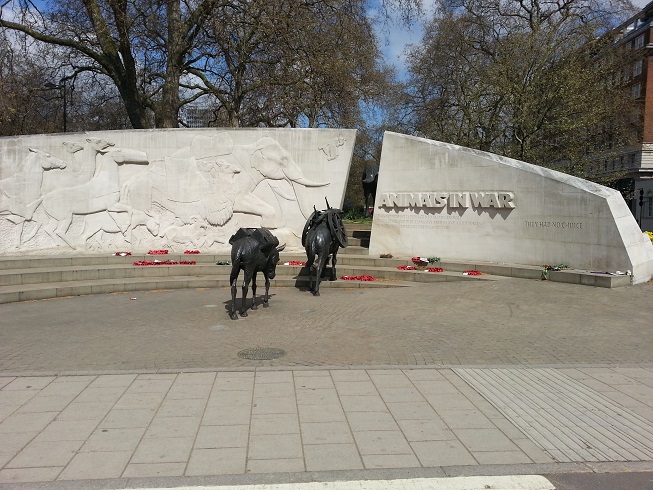 I happened upon this memorial when I made an unplanned detour on my way to Leicester Square, where I was to meet with Richard Bartle, who was kind enough to come to London to see me. We were supposed to meet under the Shakespeare statue at Leicester Square. When I arrived, there was no Shakespeare statue. Fortunately, I eventually realized that the cordoned off area in the center of the square does, in fact, hide the statue which is currently being renovated. Shortly thereafter, I spotted Richard.