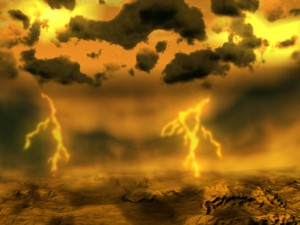 It’s official (well, sort of): global warming slowed down significantly in the last decade and a half.

No, this does not mean that the climate skeptics were right all along. Far from it: their attacks on science, their ad hominem attacks on scientists, their conspiracy theories are all nonsense.

What it does mean, though, is that the climate alarmists were not exactly right either. Overstating the case did not help. Far from creating public support, it may have in fact fueled climate skepticism.

The basic science is not wrong. Take a gas like CO2 that is transparent to visible light but absorbs IR a little more efficiently. Pump it into the atmosphere. Visible sunlight still reaches the surface, but less heat escapes radiatively to space at night. So, the surface gets warmer. Simple. This much was known back in the 19th century, to people like Fourier in 1827, Tyndall in 1872, and last but not least, Arrhenius from Sweden who, in 1896, actually calculated the amount by which the Earth would warm up, or cool, if the amount of CO2 were to change in the atmosphere.

But the devil is in the details. The Earth’s atmosphere is not just a column of static, transparent air with various amounts of CO2. It is a turbulent thing, with many feedback mechanisms, some positive, some negative. The oceans play a big role. Foliage plays a big role. Changes in industrial practices, fewer particulates in the air, play a big role. And so on.

And we also know that the Earth’s climate is not exactly a fragile little thing. After all, it has been relatively stable over geological timescales, allowing life to flourish and evolve. So I always thought that it is rather preposterous to assume that a few hundred years of industrial pollution can do what geological upheavals, global catastrophes, and so on could not: tip the balance and cause a runaway effect.

So we are left with the basic questions. How much will the climate change in the foreseeable future? What are its effects on humanity? And what can we do about all this?

The answer, I fear, remains as elusive as ever. And ridiculous schemes like “carbon trading” don’t help either.