In all the excitement (okay, I wasn’t that excited. But, I was busy) I almost forgot to celebrate an anniversary: it was 40 years ago on April 5 that Pioneer 11 was launched at Cape Canaveral. 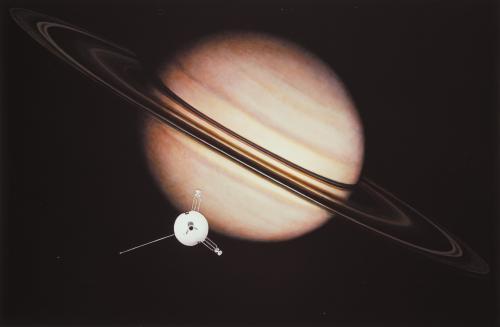 In a recent Letter to the Editor published in the newsletter of the American Physical Society, a correspondent suggested that Pioneer 11 may still reveal some anomalous behavior. I do not believe this to be the case. While it is true that our investigation of Pioneer 11 was not as thorough as our investigation of Pioneer 10 (due, in part, to the fact that we have less Doppler data from Pioneer 11) there are no statistically significant inconsistencies.

This Letter also reveals two misconceptions about the anomaly. One is that if the anomaly is Earth directed, which would presumably be inconsistent with a thermal cause. This is not so: quite the contrary, since the spin axis and the Earth direction mostly coincide, an Earth directed anomaly is exactly what one would expect to see in case of a thermal cause. Second, I don’t think it is even relevant to say that “a new physics cause may still be possible”. Of course new physics is always possible. But before one can speculate about new physics, “old physics” must be excluded, i.e., there must be an incontrovertible demonstration that conventional physics cannot account for the observed phenomena. This is not the case for the Pioneer anomaly: conventional physics comfortably accounts for the anomalous acceleration. Sure, there are small discrepancies that are within the margin of error, but you don’t fish for new physics within the margine of error. That’s not the way science is supposed to work.