Here is one of our four cats, Kifli. (Literally, his name means croissant in Hungarian. How did he get this name, you ask? Well, when we got him back in 2001, he was only a few weeks old and he and his brother Szürke actually fit on the palm of my hand, both of them together. Szürke is a gray tabby and perhaps somewhat unimaginatively, that’s exactly what his name means in Hungarian; gray, that is. Kifli has the color of a freshly baked bun, but when he was little, Kifli was very thin and did not look like a bun at all. In Hungarian bakeries, the two most common small bakery products are buns and croissants; not the puffy French type made from leavened dough, but croissants baked from the same dough that is used to make white bread and, well, buns. These croissants are long and thin, just like Kifli. Hence, his name.) 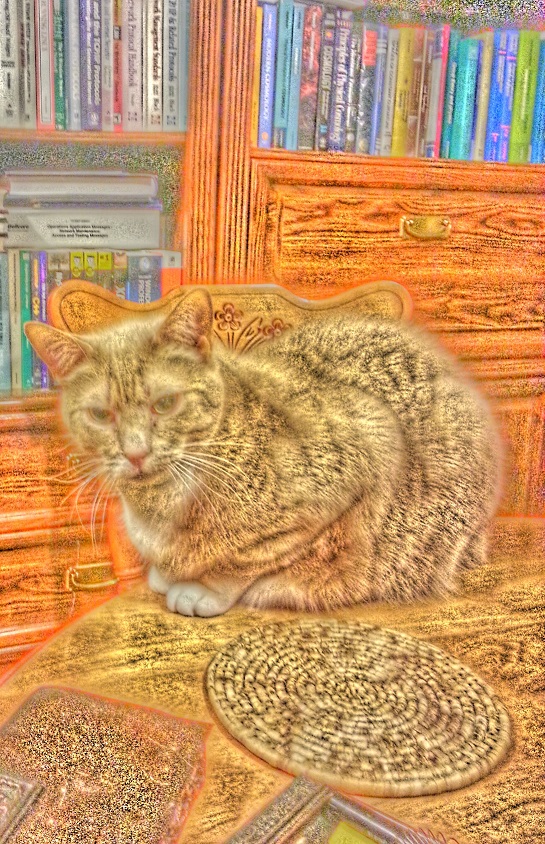 Anyhow, I was testing out an Android photo editing app (PicsArt, in case you’re wondering; seems like an excellent app, by the way) tonight when I snapped this picture of Kifli and applied one of the app’s effects. I think it’s real nice. And while it’s not so nice that Kifli jumped onto a table that he’s not supposed to be on, I certainly approve of his reading choices.