Two days ago, I received the sad news: my good friend George Olah is no longer among us.

I actually have a recent picture of him, courtesy of CBC Ottawa: during a news report last year about smoking prevention, George appeared in a bit of stock footage, standing on a sidewalk somewhere in downtown Ottawa, smoking a cigarette. 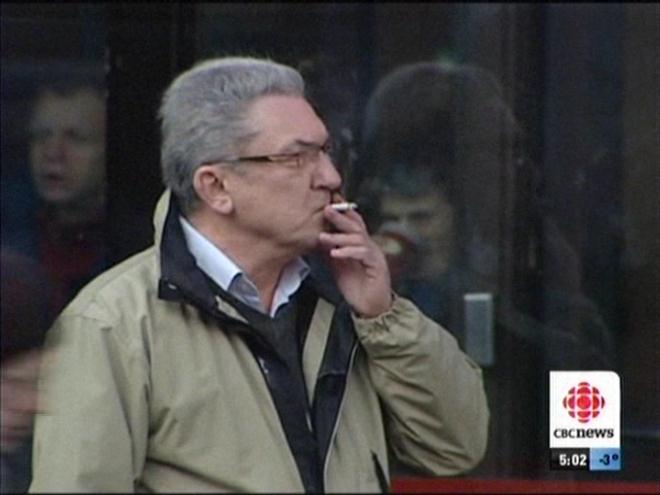 Yes, George was a smoker, which may have had something to do with the sudden heart attack that took him from us. Or not. Sometimes, perfectly healthy people with no ill habits die for no reason at all.

George fled Hungary in 1956 after the failed anti-communist revolution and eventually came to Canada. Yet his opinions were never clouded or biased by his personal experiences: he had a sober view of the current political situation in Hungary, and shared many of the concerns my wife and I have regarding the country’s future.

I’ve known George for nearly 26 years. Back in 1987, when I came to Canada, it was George who introduced me at the company where I got my first consulting contract. Thanks to George, I never had to wash dishes or fry hamburgers; within a few weeks of my arrival, I was writing C code for an application at Forestry Canada. A few years later, when I was going through a difficult time, it was again George who got me in touch with a group that hired me for a programming job; the people I worked with there remain my friends to this day.

In recent years, George was busy with a number of interesting projects that involved low power wireless technology and ad-hoc networking. He had high hopes for his inventions. Indeed, he was a true optimist, always full of plans for the future. You couldn’t really tell that he was already past his 70th birthday.

George also liked to cook. Around Christmas, he often made cabbage rolls in quantities that would feed a small army. This past Christmas was no different; and not for the first time, he offered us some, which I duly picked up at his home. It was very tasty. Yum! We have not yet returned the container.

Well, I guess that was the last batch of cabbage rolls George ever cooked. And the aspic jelly, another one of George’s wintertime favorites that he was planning to prepare, won’t be made either.

What else can I say? Thank you, George, for the help, for the memories, for the food, for all the laughs and for all the fun. Szervusz, Gyuri.

2 Responses to “In memoriam”