Travel demons were out to get me yesterday. First, my flight from Ottawa to Chicago was canceled and I was rebooked on a later flight. (At least I did get to Dallas eventually.) Next, the Dallas Sheraton was overbooked for whatever reason (maintenance, they say) and instead of being able to go to bed (finally) at 2 AM, I was shuffled over to the Hyatt. (At least it was something nearby, not all the way across town in Fort Worth.) Third, the room the Hyatt first assigned to me turned out to have been already occupied by a very morose person who quite understandably did not take it kindly that someone was trying to barge in on him in the middle of the night. (At least his door was securely locked, so I did not actually manage to barge in.) Fourth, the room I finally ended up in was rather noisy, in part because of a neighbor listening to a very loud television at 4 AM, in part because of the trains right under my window. (At least I was on a high floor.)

Yet if things didn’t turn out this way, I would not have woken up to a very unexpected, deeply historic sight through my window. 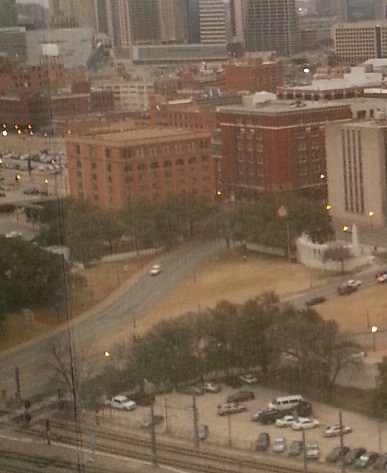 Yes, the infamous Book Depository building. The very place from which Lee Harvey Oswald supposedly fired his fatal bullet, when I was just a few months old. 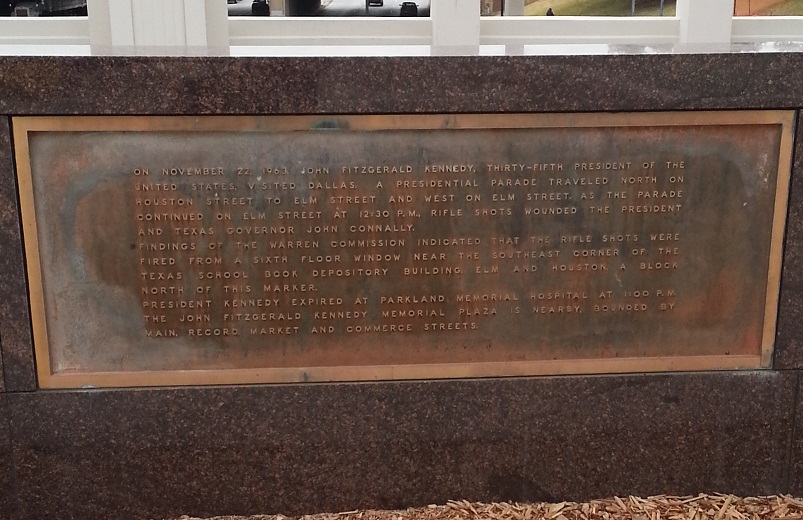