For the past several minutes, I have been staring at a Smithsonian Institution photograph, showing a younger version of Grace Hopper at a UNIVAC console, presumably working on an early version of the COBOL compiler. 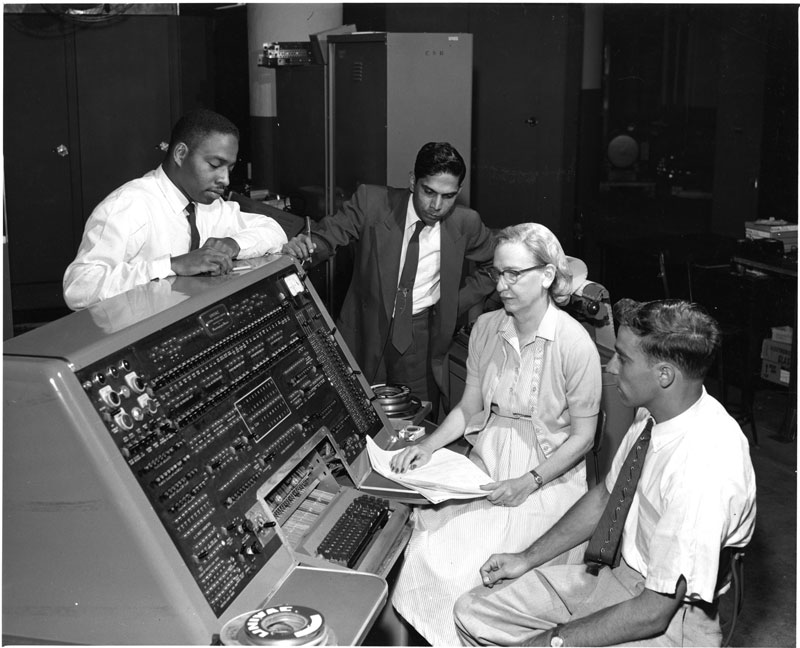 No, it’s not Grace Hopper that I was staring at, nor the vintage equipment, not even the prominent magnetic tape protection rings. It was the three gentlemen surrounding Admiral Hopper (okay, she wasn’t an admiral yet back then): remarkably, one of them is African-American while another is apparently of Asian descent. Such a picture would not be particularly unusual today, but more than 50 years ago? It’s astonishing. Pity the photo credits do not tell us who these gentlemen were whose talent and perseverance allowed them to overcome racist prejudice. Just as Grace Hopper herself overcame sexist prejudice and went on to become the oldest commissioned officer in the US Navy at the time of her final retirement, a few months shy of her 80th birthday.