It was over thirty years ago, back in 1979-1980, that I first earned money from a software development contract. My first assignment? Aircraft simulation, specifically tabulating the minimum safe take-off distance of TU-154 aircraft at Budapest airport under various loads and weather conditions.

Alas, the Hungarian national airline, MALÉV, is no more. But as of today, I became the proud owner of a MALÉV TU-154 B-2, with the original MALÉV markings. 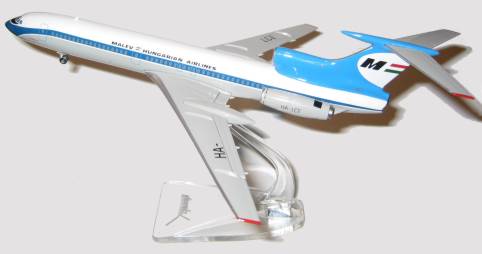 No, not the real thing, I’m not that rich (and even if I were that rich, I’d not be spending my money on obsolete Russian aircraft), just a beautiful diecast model. Still, it’s a nice reminder.