The other day, I came across a picture of Kosmonaut Yuri Gagarin, a floating deep space tracking station operated by the Soviet space establishment in the 1970s. The picture was actually posted to Facebook by The Planetary Society. The source of the photograph is a book, Soviet Robots in the Solar System, published by Springer in 2011. 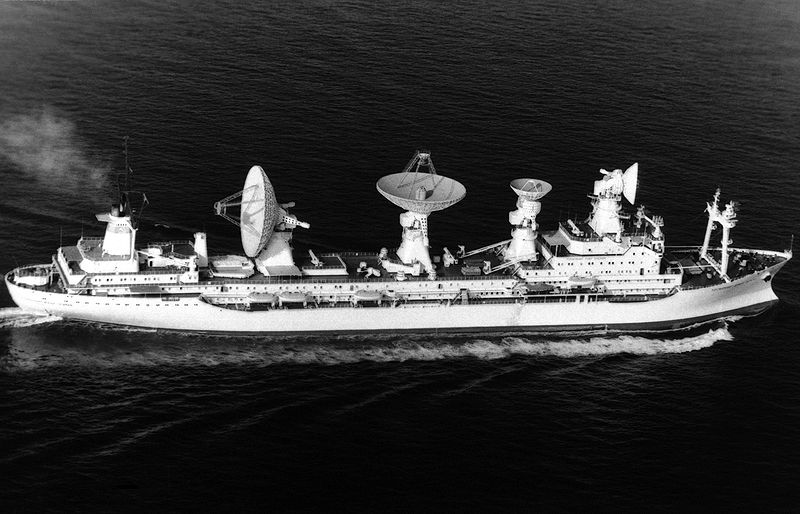 I felt compelled to buy this book. The Soviet space program always fascinated me. I grew up in the 1960s and 1970s behind the Iron Curtain; yes, we heard about Apollo, but we heard just as much about Soyuz, Vostok, Lunokhod, Venera, not to mention the innumerable spacecraft named Cosmos, followed by a three-digit (later, four-digit) number, whose missions remained shrouded in secrecy.

Of course we now know that many of those Cosmos craft were, in fact, failed missions, including failed missions to Mars and Venus. The Soviets tended to hide their failures and announce missions only when (at least partial) success was already assured.

But it’s not like they were unsuccessful. Sure, they never managed to land a man on the Moon (or even take a human beyond Low Earth Orbit); their attempt to build a launch vehicle comparable to America’s Saturn V, the N-1, failed miserably. But they did land not one but two teleoperated rovers on the Moon decades before the American Sojourner mini-rover arrived on Mars. They experimented with autonomous deep space navigation. They could also claim the first successful soft landing on the surface of Mars (although Mars-3 only remained operational for a few seconds after the landing).

And then there is their most spectacular success story: the Venera series of probes to Venus. Their persistence (and their willingness to tolerate early failures) paid off: Venera 7 successfully reached the Venusian surface, Venera 9 transmitted the first black-and-white images from the planet, followed by the spectacular color panorama captured by Venera 13 and 14.

The tragedy is what happened to this space program afterwards. The US unmanned space program carried on, budget cuts and failures notwithstanding; Voyagers 1 and 2 are still transmitting from the edge of the solar system, a rover has been operating on Mars for the past eight years with another on its way, a probe is en route to Pluto, others are in orbit around Mercury and Saturn. Meanwhile, by the late 1980s, the Soviet unmanned program became a shadow of its former self, only to disappear pretty much completely with the collapse of the Soviet Union and the subsequent failure of Mars-96. More recently, there was hope that the program would be revived with Phobos-Grunt (a hope echoed in the aforementioned 2011 book); alas, that was not to be, as Phobos-Grunt also failed to leave Earth orbit and eventually crashed back onto the Earth (no doubt in the old days, it would have earned another Cosmos designation).

Anyhow, the book by Huntress and Marov arrived in my mailbox today, and apart from what seems to be a higher-than-usual number of trivial typos (one example: “back-and-white”; publishers really had gotten lazy ever since authors started delivering manuscripts electronically) it is a quality book indeed, providing a reasonably complete account of these Soviet efforts. As I am flipping through its pages, I am reminded of those newspaper and magazine articles or the occasional television report (in glorious black-and-white, of course) that captivated me so much as a child.