News flash this morning: the first (of hopefully many) Japanese nuclear reactor is back online. 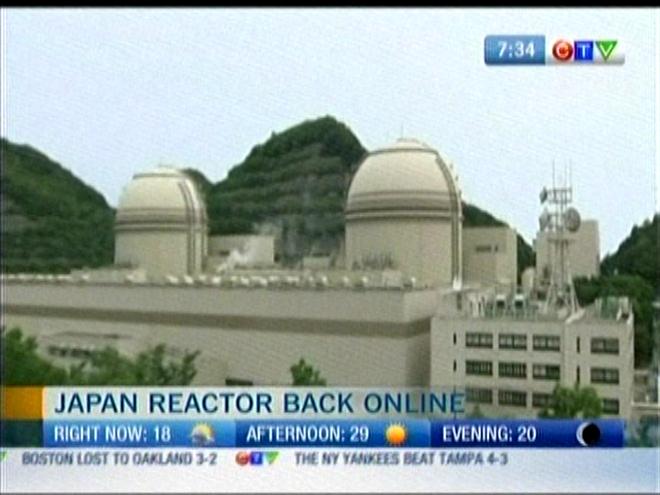 On March 11, 2011, the fifth biggest earthquake in recorded history, and the worst recorded earthquake ever in Japan, hit the island nation. As a result, some 16,000 people died (the numbers may go higher as some are still listed as missing). Most were killed by the natural disaster directly, as they drowned in the resulting tsunami. Some were killed as technology failed: buildings collapsed, vehicles crashed, industrial installations exploded, caught fire, or leaked toxins.

None were killed by the world’s second worst nuclear accident to date, the loss of power and resulting meltdown at the Fukushima Daiichi nuclear power plant. Some of it was due, no doubt, to sheer luck. Some if it due to the inherent safety of these plants and the foresight of their designers (though foresight did not always prevail, as evidenced by the decision to place last-resort emergency backup generators in a basement in a tsunami-prone area). The bottom line, though, remains: no-one died.

Yet the entire nuclear power generation industry in Japan was shut down as a result. Consequently, Japan’s conventional emissions rose dramatically; power shortages prevailed; and Japan ended up with a trade deficit, fueled by their import of fossil fuels.

Finally, it seems that sanity (or is it necessity?) is about to prevail. The Ohi nuclear power plant is supplying electricity again. I can only hope that it is running with lessons learned about a nuclear disaster that, according to the Japanese commission investigating it, was “profoundly manmade”; one “that could have been foreseen and prevented”, were it not for causes that were deeply rooted in Japanese culture.