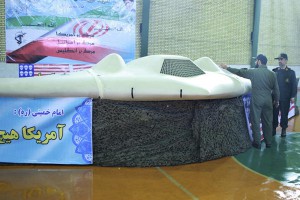 Last year, many people debated whether or not the Iranians had the wherewithal to hijack that US military drone which they were so proudly displaying afterwards.

Well, wonder no more. Apparently a team from the University of Texas at Austin showed how it can be done using equipment that cost no more than a thousand bucks.