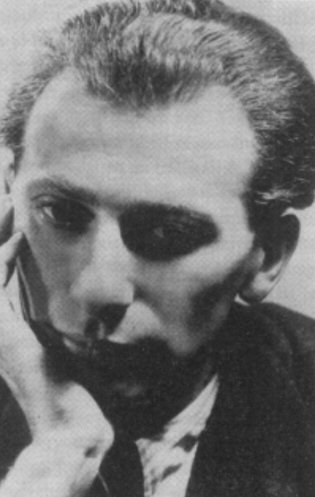 One of Hungary’s greatest poets in the 20th century was Miklós Radnóti. As a Jew, he was conscripted into a forced labor batallion during WW2. He was tragically murdered in late 1944.

Three years prior to his untimely death, Radnóti wrote the following entry in his diary about the then celebrated Transylvanian author József Nyirő:

“The Third Reich once again organized the Weimar Poetry Day on October 31 this year, with participants that included invited poets from eleven Central and Eastern European nations. Hungarian literature was represented on Poetry Day by the Transylvanian author József Nyirő. Nyirő told the UFA, among other things, that: ‘In these days, Europe is experiencing a cultural rebirth. I am glad, literature in Hungary is glad that it can participate in this cultural rebuilding. I just saw a beautiful picture in church a short while ago, in which Luther points at the Bible passage that speaks about us being cleansed by blood. Blood cleanses Europe. The peoples of Europe, united under the sign of peace, spirituality, and the new culture, find one another. With all our hearts, all our souls we wish to take part in this joint enterprise. Long live Adolf Hitler! Long live Germany! Long live the society of German authors!’

“Now, as I copy this news item (Monday morning, November 3) I am left wondering… Is it an accident that I don’t have a single line from him on my shelf? Not even in an antology…”

The sad part? Nyirő is again celebrated in Hungary. As a matter of fact, the mayor of the Csepel district of Budapest is organizing a literary evening tomorrow night, dedicated to the writings of Nyirő. To be held… wait for it… in the Miklós Radnóti cultural center.

I can only think of one word to describe this: Disgusting.