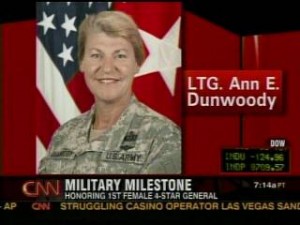 Now that this nice lady received her fourth star, I wonder what it will mean for the question concerning women in combat roles in the US military.