Here is a photograph of the cockpit of the Space Shuttle Endeavour, powered up for the very last time ever: 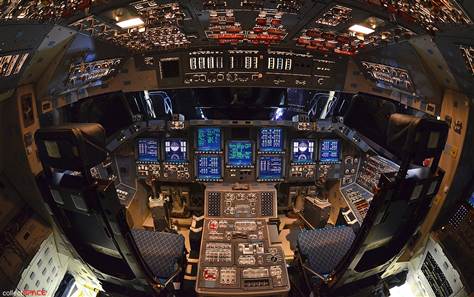 It is an emotional moment. But we must not let those emotions get in the way of reason. The Shuttle program swallowed up huge amounts of money and these orbiters, however wonderful, didn’t really take humanity anywhere.

Just consider: the Shuttle flew a few hundred kilometers from the surface of planet Earth. That is one one-thousandths (!) of the distance to the Moon, visited by Apollo astronauts over 40 years ago. But no human has been beyond Low Earth Orbit (LEO) since Apollo 17 flew in late 1972. Now if all goes well, in a few short years one of the very first missions of NASA’s new spacecraft, the Orion capsule, may take humans beyond the Moon, to the L2 Lagrange point. At last, this is real exploration again… not just a routine (albeit dangerous) taxiing between the surface and LEO.

And the taxiing is not going to stop for Americans. The Dragon capsule of SpaceX corporation is set to fly to the International Space Station next week. It is still an unmanned flight but if all goes well, perhaps the next time they’ll ferry not just cargo but also people.