The Space Shuttle Discovery is on its way to its final resting place. 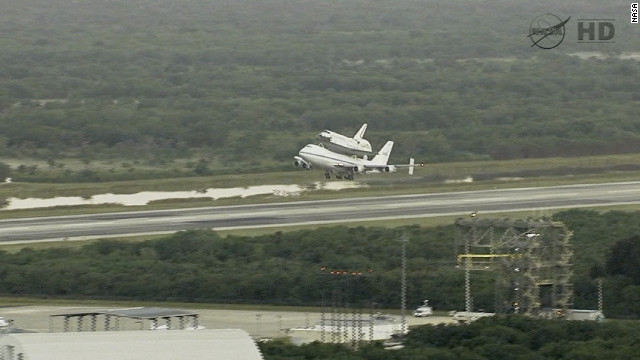 When Barack Obama opted for a variant of the Augustine Commission‘s “flexible path” approach, some pundits called it the end of America’s space dominance. I think the contrary is true. Instead of opting for an overly ambitious but ultimately unrealistic space program that would eventually die on the floors of Congress due to lack of funding, Obama chose a space program that places the emphasis on sustainable development: a long term vision of expanding human presence beyond Earth orbit in the solar system, not necessarily with spectacular landings on Mars (however desirable such a landing may be, it’s also insanely risky and expensive) but with building the infrastructure for a permanent human presence beyond the protective shield of the Earth’s radiation belts.