Some thirty thousand years ago, homo sapiens was busy perfecting techniques to produce primitive stone tools. They may have already invented nets, the bow and arrow, and perhaps even ceramics, but they were still a long way away from inventing civilization.

Around the same time, an arctic squirrel in north-eastern Siberia took the fruit of a narrow-leafed campion, a small arctic flower, and hid it in its burrow, never to be touched again. The fruit froze and remained frozen for over three hundred centuries. 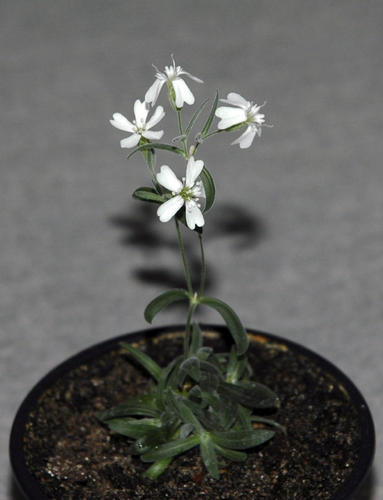 It is frozen no longer; rather, it is blooming, thanks to the efforts of a research team led by Svetlana Yashina and David Gilichinsky of the Russian Academy of Sciences. Against all odds, the genetic material in the seed appears to have survived. I say “appears” because such an extraordinary claim will be subject to extraordinary scrutiny, but what I have been reading suggests that this is indeed real: the age of the fruit is confirmed by radioactive dating.