Here is Google’s way of protesting proposed copyright legislation: black out the company logo and direct users who click on it to a protest page. 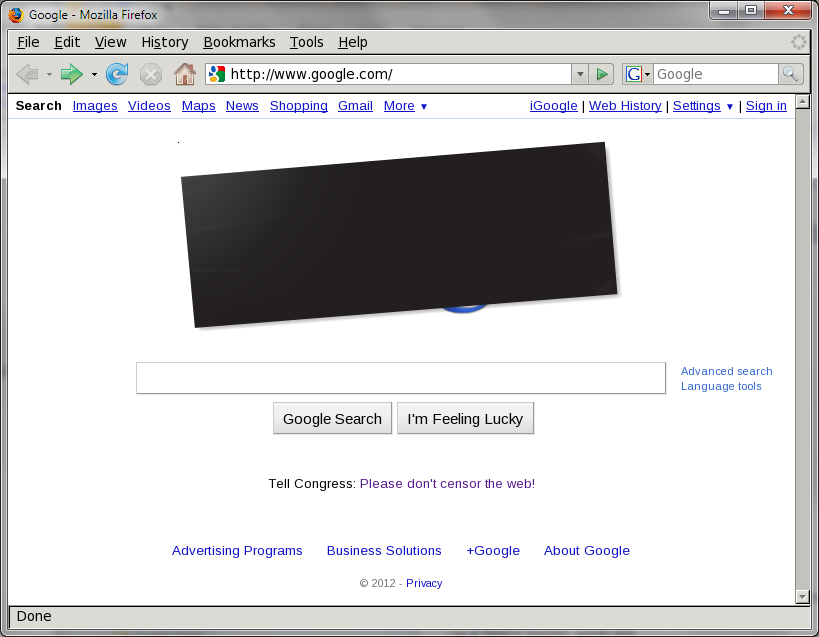 And then here is Wikipedia’s form of protest: black out the entire site. Never mind that the people you are most likely to hurt are your friends, and the people who are the least affected are your opponents. Why not be vindictive about it, if you can? 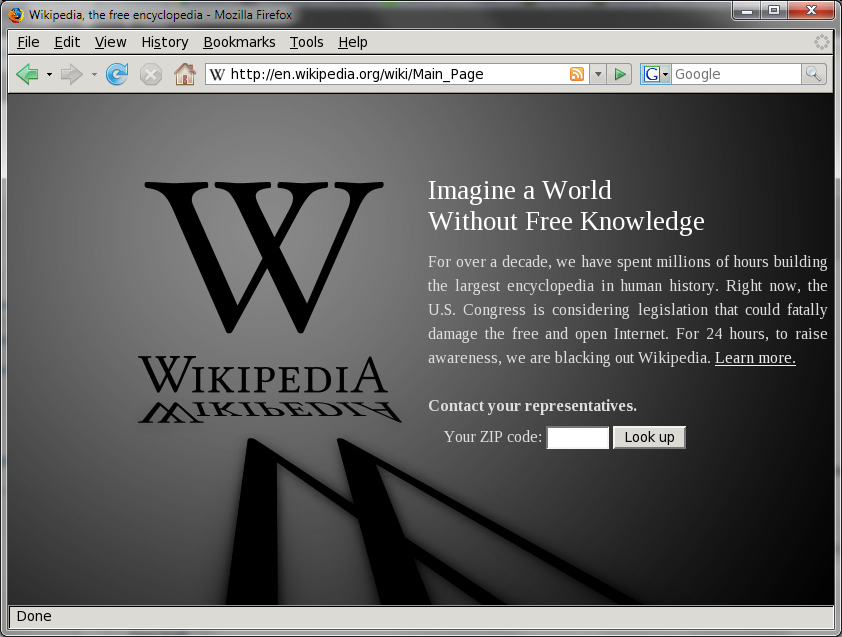 Indeed, while you are at it, why not black out Wikipedia even for non-US users, just for good measure, despite the fact that there is very little they can do that would affect the decisions of the US Congress. 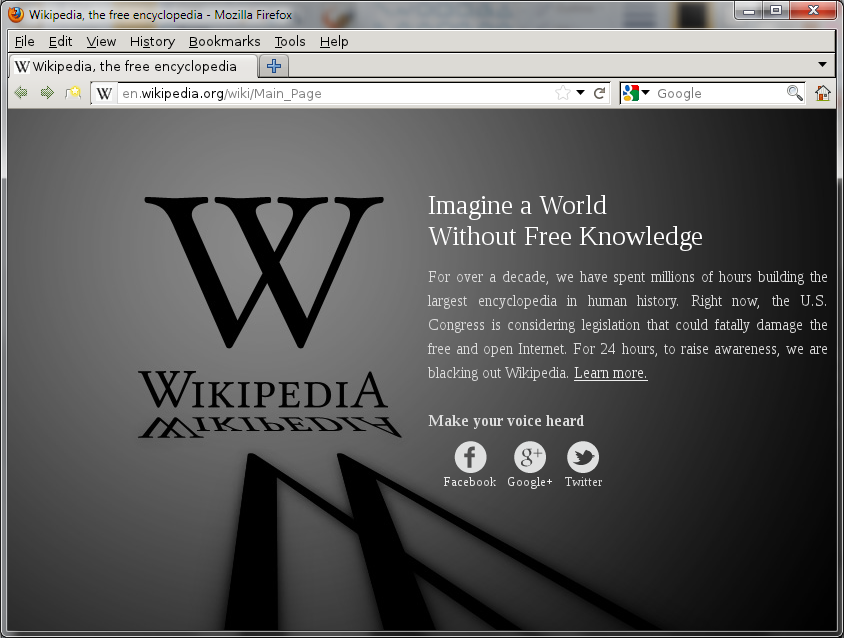 Fortunately, the blackout is easily circumvented.

Nonetheless, doing what Google did would have been just as effective, and far less harmful both to Wikipedia’s reputation and to users who rely on its services every day. Unfortunately, radical activism prevailed over common sense: the difference between public protest and sabotage was forgotten. This is what dooms revolutions: they may be started by idealists and poets but ultimately, it is characters like Boris Pasternak’s Strelnikov in Doctor Zhivago, who set the tone.