So I am reading details about the on-going search for the Higgs boson at the LHC. The media hailed the announcements this week as evidence that the hunt is nearing its goal… however, this is by no means conclusive, and instinctively, I’d be inclined to come to the opposite conclusion.

The Higgs boson, if exists as predicted, can decay into many things. It can decay into two photons. Just such a decay, consistent with a Higgs particle that is about 130 times heavier than a proton, was in fact observed by two of the LHC’s detectors, CMS: 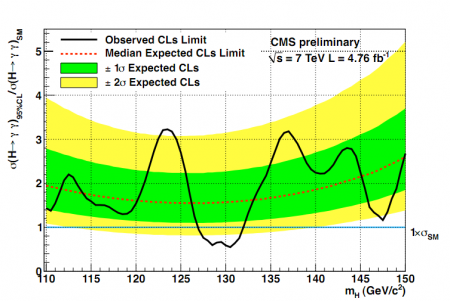 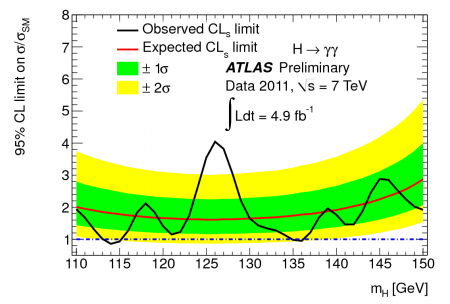 So far so good, but these signals are weak, far from conclusive. Never mind, both CMS and Atlas observed another slight peak. A Higgs particle can, in principle, also decay into two Z-bosons. Indeed, such a decay may be indicated by CMS (that ever so small bump near the extreme left of the plot): 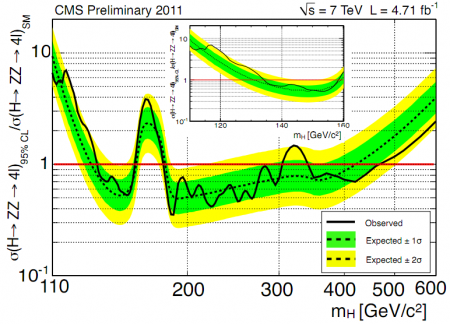 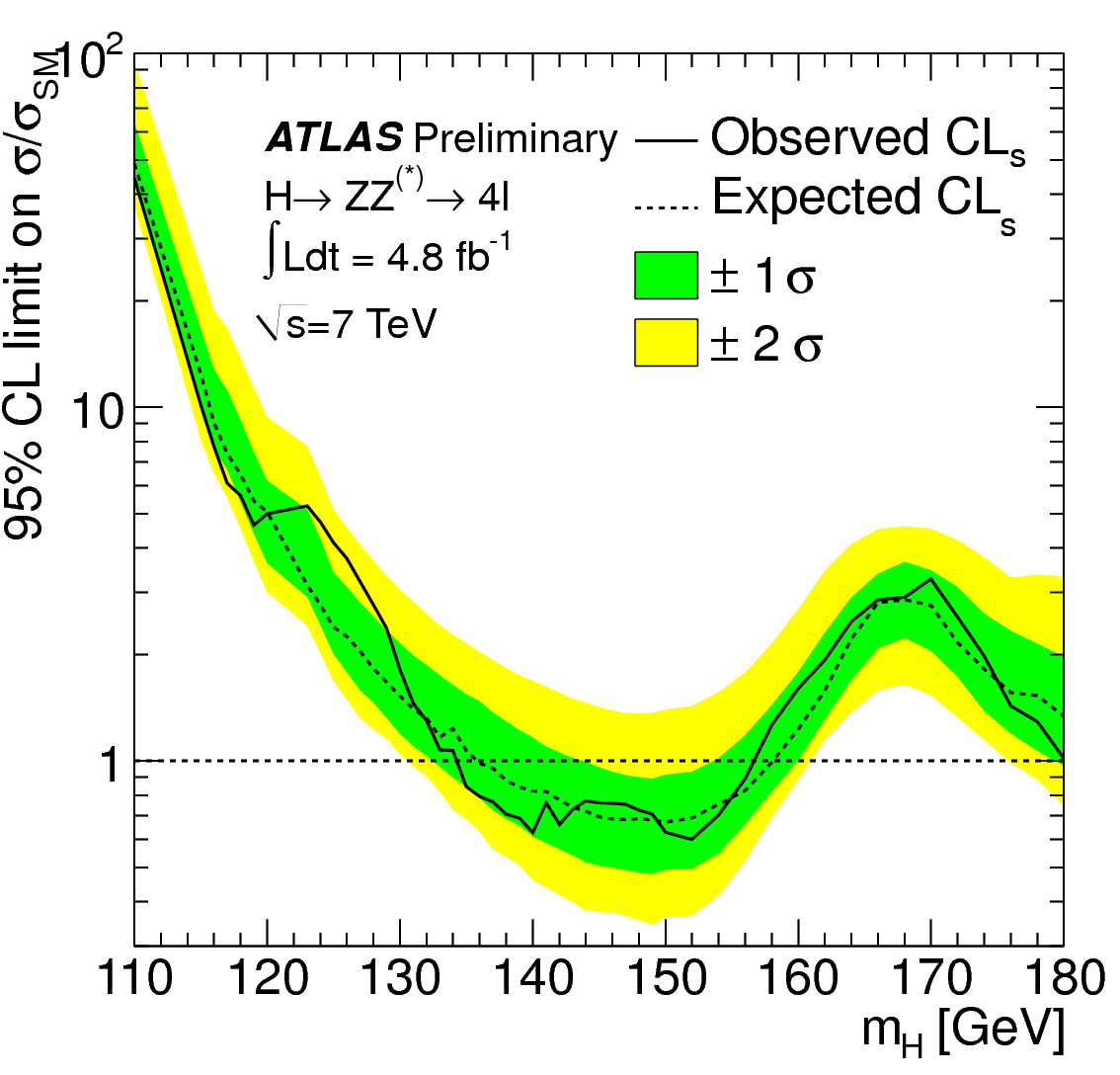 And on top of that, there is yet another decay mode, the Higgs particle decaying into a pair of W-bosons, but it is very difficult to see if anything exists at the extreme left of this plot: 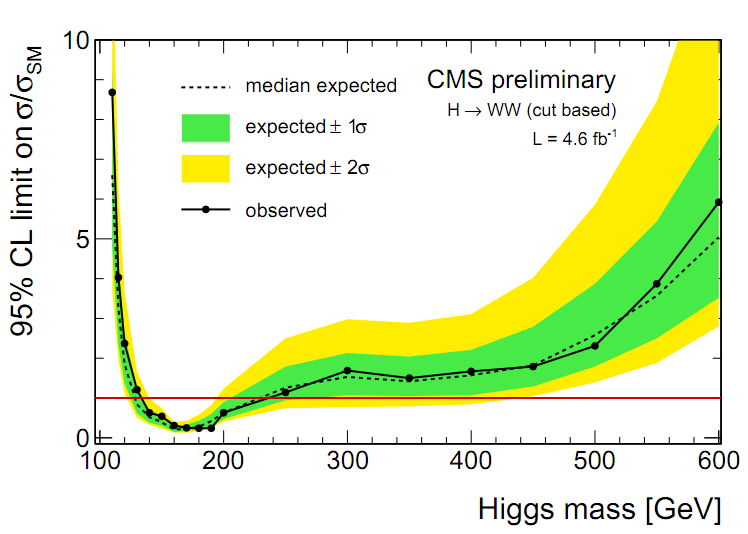 So why does this leave me skeptical? Simple. First, we know that the ZZ and WW decay modes are far more likely than the diphoton (γγ) decay.

So naively, I would expect that if the signal is strong enough to produce noticeable bumps in the diphoton plot, very strong peaks should have been observed already in the ZZ and WW graphs. Instead, we see signals there that are even weaker than the bumps in the diphoton plots. While this is by no means rock solid proof that the Higgs does not exist, it makes me feel suspicious. Second… well, suppose that the Higgs does not exist. We always knew that it is the low energy region, namely the region that is still under consideration (the possibility of a Higgs that is heavier than 130 GeV is essentially excluded) where the Higgs search is the most difficult. So if no Higgs exist, this is precisely how we would expect the search to unfold: narrowing down the search window towards lower energies, just as the data becomes noisier and more and more bumps appear that could be misread as a Higgs that’s just not there.

Then again, I could just be whistling in the dark. We won’t know until we know… and that “until” is at least another year’s worth of data that is to be collected at the LHC. Patience, I guess, is a virtue.