OK, I don’t usually play the geek game and look for nits to pick in television science programs. But…

Today’s gem comes courtesy of the Canadian History Channel and their Aftermath series, the first episode of which I just watched over the Internet. The show had many eyebrow-raising moments (and I don’t mean the implausible concept itself, about the Earth’s rotation slowing down to zero in a mere five years; I could get over that if the science had been right otherwise). This particular gem of a sentence, complete with fancy animation, especially caught my attention: 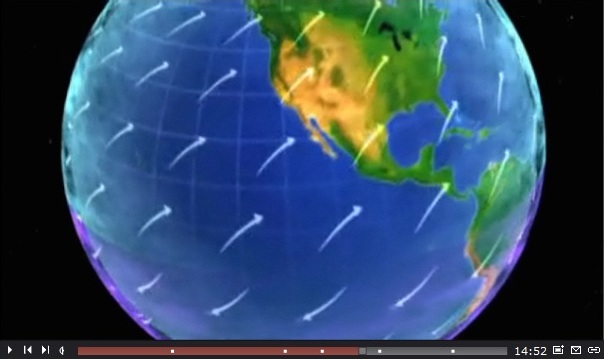 Oh really. I wonder if pilots flying in the Southern hemisphere know this.

One Response to “Scientific (il)literacy on the History Channel”