It was a rare night-time landing, but Endeavour is safely back home. The sight of an open flame from that venting on top, only visible at night, is positively weird: combined with the sound effects, it’s as if it was an overheated steam locomotive, not a space plane huffing and puffing on that runway. 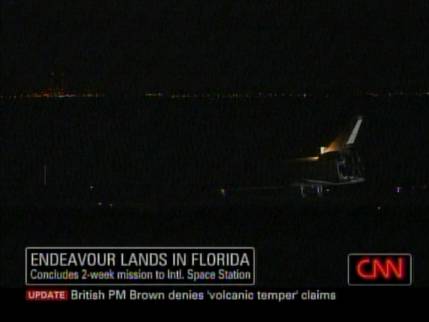 Four more Shuttle flights to go, one of them by Endeavour. After that, for the first time since the 1960s, the United States will have no manned space flight capability. Hopefully not for long.