To those who know my city of birth, Budapest, this is an astonishing picture that I came across on Facebook. 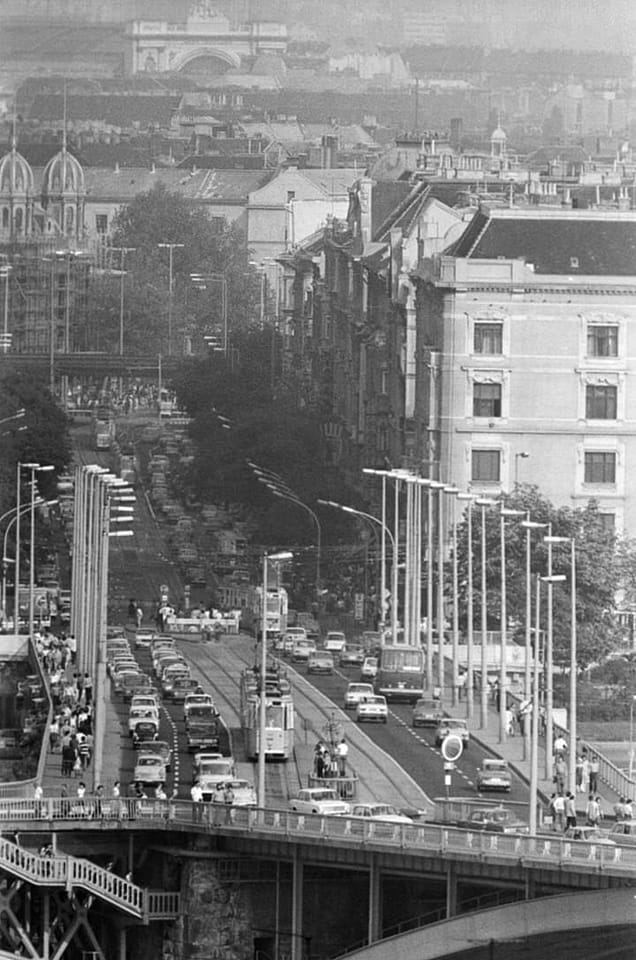 In the foreground is Margaret Bridge, spanning the Danube. The kink in the bridge is where it touches Margaret Island. Beyond that, on the Pest side, it’s Saint Stephen’s Boulevard, named after Stephen I, Hungary’s first king. The two small domes on the left are part of the Western (“Nyugati”) railway station building, designed by none other than Gustave Eiffel (yes, that Eiffel).

But then… thanks to the magic of the telephoto lens, in the background we see another major railway station, the Eastern (“Keleti”) station. I never before realized that these two railway stations, which are actually miles apart, line up like this.

Not only that but behind that second railway station, we can even see some housing projects that are quite some distance away, near the terminus of the city’s #2 subway line.

Telephoto lenses are really tricky. By the way, in case anyone wonders, the image is from 1982. There’s plenty of traffic on the bridge, but notice that most of the cars are characteristic East Bloc models: Ladas, Trabants, a Skoda, a Moskvich if I am not mistaken, a Wartburg. The buses are the same Ikarus models that once roamed the streets even here in Ottawa. The streetcars were built by Hungary’s Ganz. That streetcar line is supposedly the world’s busiest, today served by rather nice-looking, very long, high-capacity Siemens trains.