I don’t always agree with Sabine Hossenfelder but every once in a while, she hits the nail spot on.

Case in point: Her article, published in The Guardian on September 26, about the state of particle physics.

Imagine going to a zoology conference, she says, where a researcher discusses a hypothesis (complete with a computer-generated 3D model) of a 12-legged purple spider living in the Arctic. Probably doesn’t exist but still, how about proposing a mission to the Arctic to search for one? After all, a null result also contains valuable data. Or how about a flying earthworm that lives in caves? Martian octopuses, anyone? 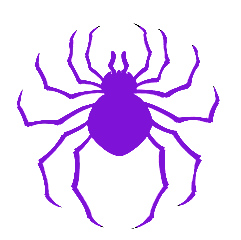 Zoology conferences do not usually discuss such imaginary monsters but, Sabine argues (and she is spot on) this is pretty much what particle physics conferences are like: “invent new particles for which there is no evidence, publish papers about them, write more papers about these particles’ properties, and demand the hypothesis be experimentally tested”. Worse yet, real money is being spent (wasted might be a better word) on carrying out such experiments.

And not just particle physics, I hasten to add. How about cosmology and gravitation? Discussions about what may or may not have happened during the Planck epoch? Exploring exotic spacetime topologies, often in dimensions other than four? And let me not even mention quantum computing or fusion energy…

Perhaps I am a born skeptic lacking imagination, but to me, these are all 12-legged purple Arctic spiders. The science we actually know and have the ability to confirm are general relativity in a spacetime that is by and large the perturbed Minkowski metric; and the Standard Model of particle physics, extended with a neutrino mass mixing matrix. These are the things that work. Not perfectly, mind you. General relativity needs “dark matter” (name aside, we don’t know what it is except that it has a dust equation of state) and “dark energy” (again, it has a name but beyond that, we don’t know what it is beyond its equation of state) to account for galaxy dynamics and cosmic evolution. The Hubble tension, the discrepancy between values of the Hubble parameter measured using different methods, is real. Observations by the James Webb space telescope suggest that we do not understand the “dark ages”, the first few hundred million years after the surface of last scattering (i.e., the epoch when the cosmic microwave background radiation was produced), well. Massive neutrinos invite the question about the apparent absence right-handed neutrinos.

And yes, we are very much in the blind concerning these issues. Nature has not yet provided hints and we are not smart enough to figure out the answers entirely on our own. But how is that an excuse for inventing 12-legged spiders?

I think it isn’t.