In the early days of Internet e-mail and Usenet, responding to messages one paragraph, one sentence at a time has become fashionable. For instance, if King Arthur were to have received an e-mail from the silly Frenchmen occupying a castle, accusing the good King of being the son of a hamster mother and a father who smelled of elderberries, he might have responded thusly: 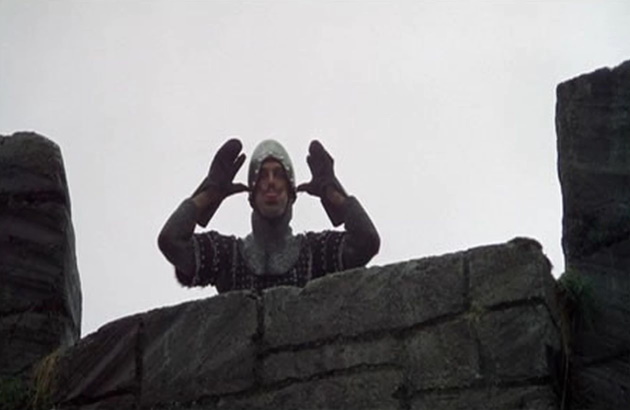 In my experience, electronic conversations using this format often very quickly deteriorated into name-calling, or worse. And I think I can even tell why. Picking and choosing which words to quote and them quoting them out of context is a perfect method to manufacture outrage. So in my personal conversations, with very rare exceptions, I now avoid the quote-reply format altogether. Isn’t it much more pleasant to read a polite, fully formed message?

Thank you for your concerns regarding my parents. I assure you, good Sirs, that my mother was not a member of the rodent family. She bore no resemblance whatsoever to the rodents you mention, either in appearance or behavior. Concerning my father, I clearly recall that he never enjoyed elderberry-flavored beverages. He preferred to enjoy tea, mildly flavored with honey.

The quote-reply format is still okay when it comes to technical discussions, which may readily lend themselves to being presented in the form of individual points, each of which may have a specific technical solution. But in a personal conversation, I think that a fully formed response shows a degree of respect towards the other party and also helps avoid letting the discussion deteriorate into a string of accusations, a bitter argument with ad hominem insults.