I think I just realized something about Trump’s popularity among American Evangelicals.

And that is that there’s precious little difference between Trump and the version of god these good folks worship. 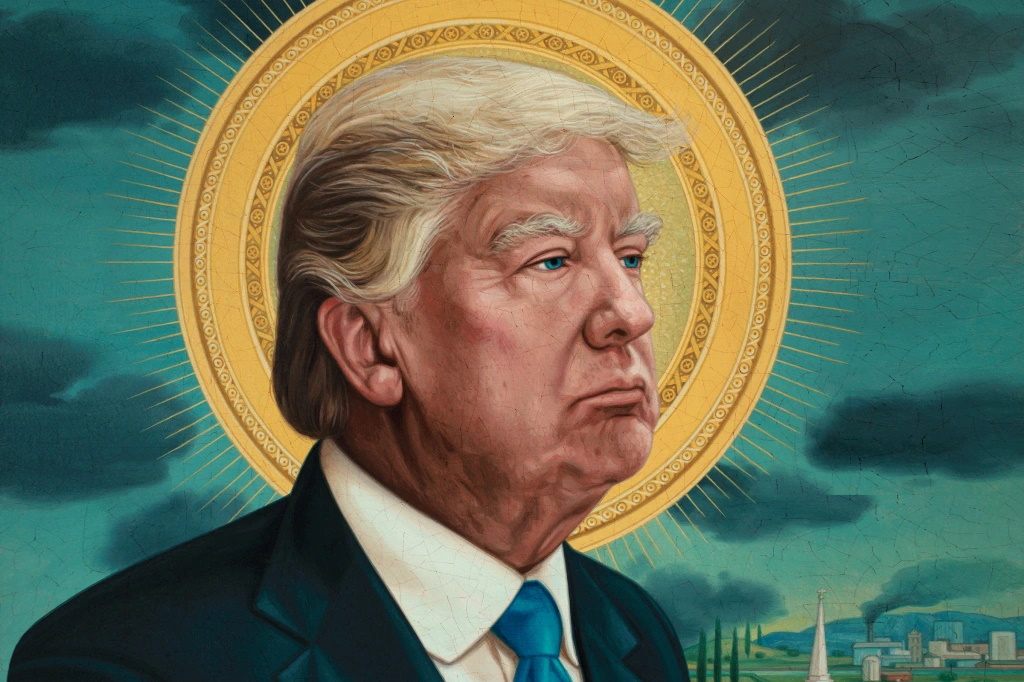 The god they worship (and fear) is nothing like the Abrahamic god that I learned about when I studied religion. Not the all-knowing, wise, benevolent heavenly father who is best known for granting his creations free will, and promising them an afterlife that rewards lives lived with decency and compassion, with caring for others.

No, the Evangelical god is a shallow, vain, vengeful creature who keeps strict records of church attendance, and who severely punishes those who do not show due reverence. An omnipotent bully, who doesn’t really much care what you do, how you live your life, so long as you show up for Sunday mass and dutifully pretend devotion. Who, rather than advising you to avoid judging others, encourages you to do so, and who will help you find excuses for your own behavior, including greed, even violence, justifying your life choices even as you trample over the lives of others. A deity that is the enemy of free will: one that you serve best by forcing your views and way of life onto others, through aggressive proselytizing or worse, corrupting the laws of the land to reflect your religion.

The same kind of corrupt, self-aggrendizing personality who uses positions of authority not to serve people but to bully them.

In light of that it should come as no surprise that Trump struck a chord with these good folks. After all, he behaves precisely like their vision of their favorite deity.

As the Rolling Stone article from which I lifted the image above suggests, this is what happens when people embrace a thoroughly unholy (and, I daresay with conviction, un-Christian) union of religion and politics, warping them both in the process.