I bought this at our favorite Portuguese bakery the other day: 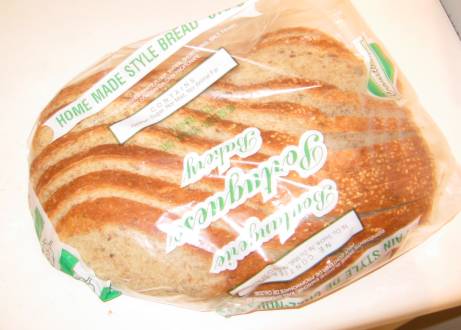 In case it’s not obviously visible from the picture, it’s a sliced loaf of bread… sliced lengthwise, that is.

No, I did not ask for it to be sliced lengthwise. I’d have preferred it to be sliced the conventional way, but unfortunately, I was late to the bakery, and this was the last loaf of their uniquely tasty nine-grain bread that day. So I bought it, and they were kind enough to sell it to me at a discount.

The explanation? “New employee,” I was told. Now why do I have the feeling that this new employee will not be employed at that place very long?

Then again, it could have been worse. She could have sliced it horizontally.