While the SKA project is still in its infancy, MeerKAT is fully functional, and it just delivered the most detailed, most astonishing images yet of the central region of our own Milky Way. Here is, for instance, an image of the Sagittarius A region that also hosts the Milky Way’s supermassive black hole, Sgr A*: 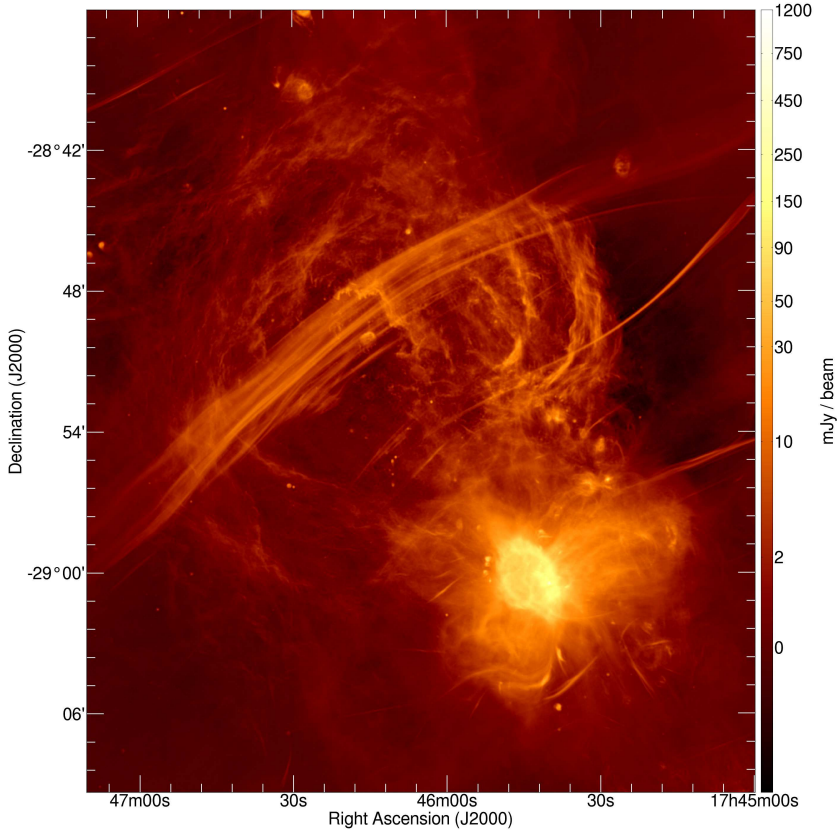 The filamentary structure that is seen in this image is apparently poorly understood. As for the scale of this image, notice that it is marked in arc seconds; at the estimated distance to Sgr A, one arc second translates into roughly 1/8th of a light year, so the image presented here is roughly a 15 by 15 light year area.