I wrote an answer today on Quora that, I realized, belongs in my blog.

The question was about once significant medieval towns in Europe that have since faded into obscurity.

And I had the perfect answer, on account of having lived there back in the 1970s: The town of Visegrád in northern Hungary (known these days on account of the Visegrad Four, the informal alliance of the Czech Republic, Hungary, Poland and Slovakia which began with a summit in this town held in 1991).

Once the capital of the Kingdom of Hungary, and also home of the Summer Palace of King Matthias Corvinus during the heyday of said kingdom, today the town (really, a village; it gained the legal status of town only because of its historical significance, not on account of its population, which numbers less than 2,000) is just a minor settlement at the Danube Bend, where where the river Danube makes a 90-degree turn towards Budapest. 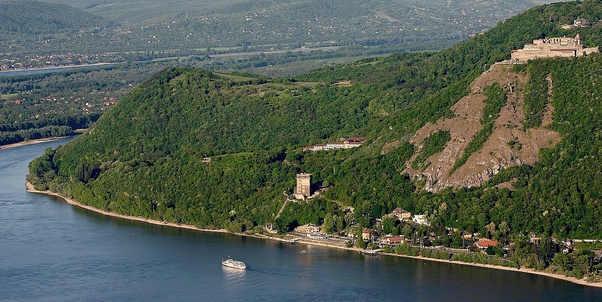 I used to live in a building just at the base of the stocky Salamon tower near the center of this image. Image from Wikipedia.

Visegrád is a fascinating town, full of history. Unfortunately, because of said history, most of it is in the form of barely recognizable ruins. Ruins of a citadel at the top of Castle Hill, its last functioning remains blown up by the victorious Austrians after the failed struggle for Hungarian independence in the early 18th century. Ruins of the sprawling Summer Palace complex, used by locals as a source of building material for centuries until very little of the original buildings remained. Ruins of the tower of Salamon, part of the lower castle, rebuilt decades ago using modern materials and housing a museum, but badly in need of repairs. And more ruins, ruins going back to Roman times, everywhere.

The name of the town itself is of Slavic origin (literally means high castle I believe) but many of the town’s present-day inhabitants are of German descent. I recall names of classmates like Gerstmayer or Fröhlich, and it was not uncommon to hear family members talking to each other in German on the streets of the town when I lived there as a child.

I have fond memories of the place; I attended school there from grades 6 to 8 before moving back to Budapest. I still visit Visegrád from time to time when I am in Hungary, albeit only as a tourist, as I no longer really know anybody there. It is, to be sure, a very popular tourist destination: the Danube Bend is spectacular, and the hills surrounding the area are crisscrossed by well-marked, well-maintained tourist trails. And, well, ruins or no ruins, the history of the place is absolutely fascinating.

But looking at the tiny village, its single church, small school, its sole tiny movie theatre, the few narrow streets with mostly single-story buildings, you’d never guess the rich history of the town. 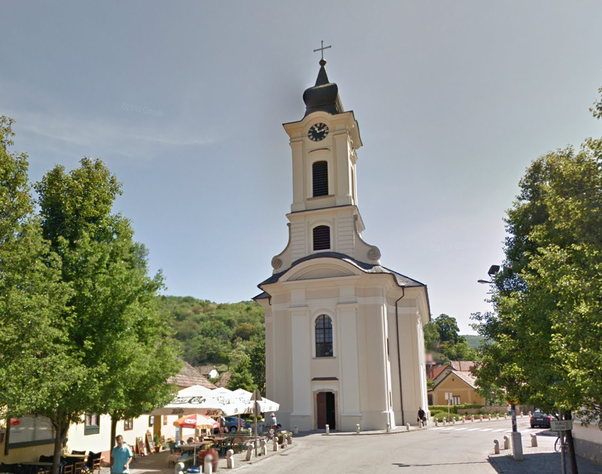