According to the immortal Douglas Adams, God’s final message to His creation is simple: “We apologize for the inconvenience.”

But there’s also another final message of sorts, the answer to the Ultimate Question about Life, Universe, and Everything: 42.

Recently, a researcher by the name of Michael Hippke analyzed the seemingly random bits that are contained in minute fluctuations of the Cosmic Microwave Background (CMB) radiation. His conclusion: there is no discernible pattern, no appearance of constants of nature, no detectable statistical autocorrelation. The message is random.

I beg to respectfully disagree. In the 512-bit segment published by Hippke, the bit sequence 101010 appears no fewer than , er, nine times (one occurrence split between two lines). 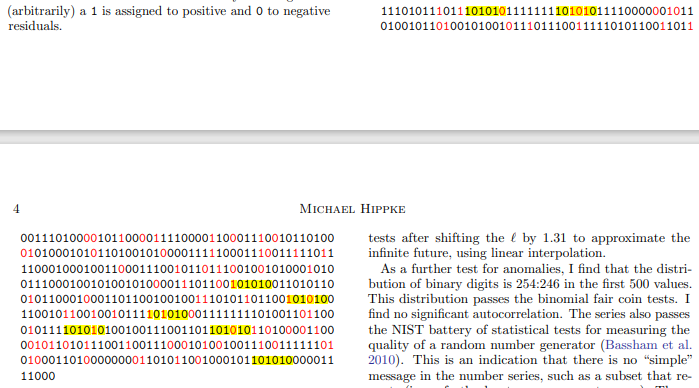