In response to the COVID-19 pandemic, the Parliament of Hungary granted Viktor Orban’s government extraordinary powers to rule by decree. Opponents likened this to the infamous “enabling act” that marked the end of the Weimar Republic in 1933.

In response, Mr. Orban and his supporters argued that the government has no intention of abusing these powers, and that Mr. Orban should be judged by how he relinquishes these extraordinary powers once the crisis is over. 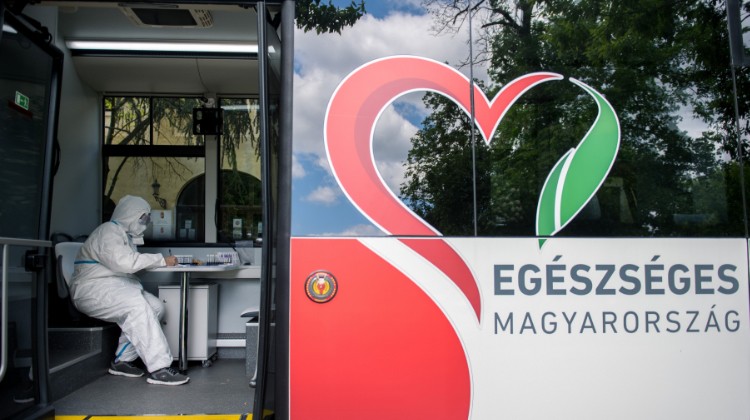 So here it is: Parliament just voted to end the state of emergency and requested the government to take the necessary steps to return to normalcy. So far so good. The corresponding act of Parliament is short and sweet, and to the point. The legal part of the text is only four terse clauses. In my translation:

2. The act of Parliament concerning measures against the coronavirus, Bill 12 (2020), is no longer in force.

3. (1) The present act – with the exceptions defined in paragraph (2) – shall be considered in force the day after it is proclaimed.

(2) Clauses 2 and 4 shall be considered in force when the state of emergency ends.

(3) The calendar day when clauses 2 and 4 shall be considered in force will be decided by the Prime Minister as soon as the date is known, by immediately proclaiming the date in the Hungarian Gazette.

But just in case you are still paying attention… there was also a second bill on the table. It has an unassuming title: “About the rules of transition concerning the end of the state of emergency and health preparedness”. Seems eminently reasonable, since under the state of emergency, the government has taken many steps, all of which must be reconciled with the system of laws and regulations.

And there is a lot. This supplementary bill is not four pages. It is 247 (two hundred forty seven) pages in PDF form. Yikes!

97. Changes to Bill 128 of 2011 concerning emergency preparedness and modifications of related laws

§339 Section 5 of Bill 128 of 2011 concerning emergency preparedness and modifications of related laws will be amended by the following subclause 24/A:

§51/A. (1) The Government, in order to prevent, or mitigate the consequences of, a human epidemic that causes mass rates of infection, threatening lives and property, in order to protect the health and life of citizens of Hungary in a declared state of emergency – in addition to the emergency measures and rules described in subclauses 21-24 – in order to guarantee the lives, health, personal security, security of property, and legal protection of citizens and the stability of the national economy, may, by decree, suspend certain laws, deviate from existing laws and make other extraordinary decisions.

(2) The Government may practice the authority prescribed in paragraph (1) – to the necessary extent, in proportion with the desired outcome – in order to prevent, deal with, and eliminate an epidemic, and furthermore, to prevent or avoid such an outbreak.

There you have it. There are many other clauses concerning other laws, and most seem quite reasonable and appropriate considering the circumstances. But this one?

I highlighted the problem text in red. The law gives the government extraordinary powers. But, though the words seem reassuring on the surface, it offers no checks and balances concerning any justification of invoking these powers and the extent to which they are practiced. In the right hands, these are powers that can be used wisely in case of another pandemic or a resurgence of COVID-19, and I am sure Mr. Orban’s supporters believe that this is precisely how the government will use these powers (if at all). But opponents of Mr. Orban are concerned, not without grounds, about the lack of checks and balances and the very real possibility that these powers can go unchecked in the wrong hands.

In short, this is precisely what many feared: That though the state of emergency is lifted, a backdoor remains, a means for Mr. Orban’s government to have its cake and eat it, too, relinquish its extraordinary powers yet keeping them at the same time.

In the end, it of course all depends on how the law is put into practice. But for now, my conclusion is that the concerns of Mr. Orban’s opposition are not unfounded.