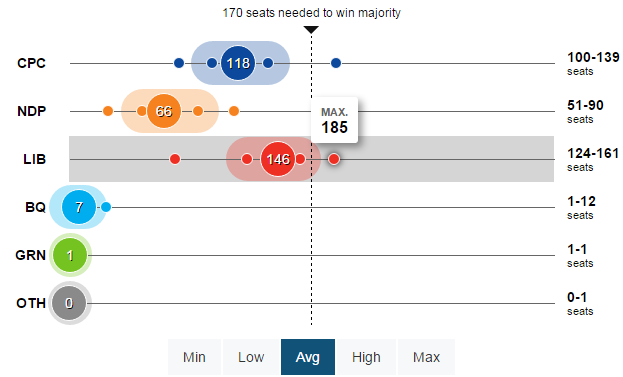 The interesting thing is that the actual result for the Liberals came up just one seat short of the best case prediction: 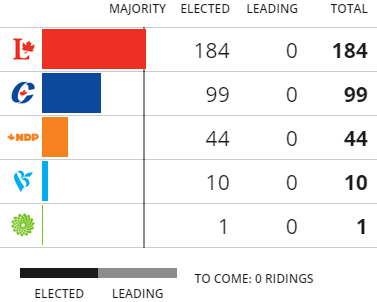 And the election map reveals another thing: It appears that Canada now has its own Jesusland (albeit with colors reversed). Indeed, the Conservative Party only had solid results in Jesusland Canada and in the land of Ford Nation. 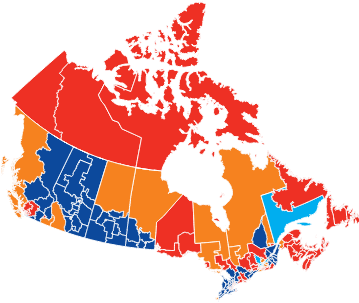 This, then, is one of Mr. Trudeau’s tasks: to show to people living in these blue ridings that he can indeed be the prime minister of all Canadians.