I have in my collection of photographs a picture, taken I suspect in the late 1960s or the 1970s by my father-in-law, from the top of the TV tower in Alexanderplatz, in downtown Berlin. The Berlin Wall in this picture is quite visible. 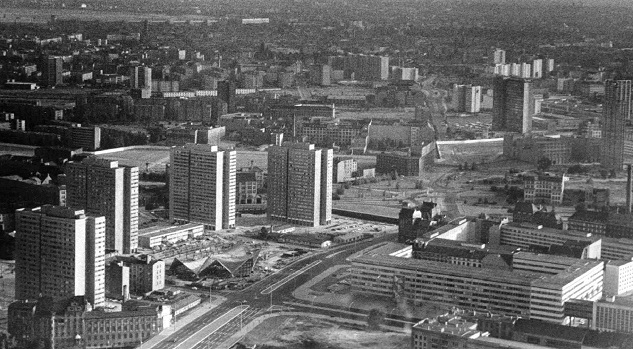 The other day, I was able to identify the exact perspective from which this picture was taken, using Google Maps. The city has changed a lot in the intervening decades (almost half a century!) but some prominent buildings remain quite recognizable. The Wall, of course, is long gone. 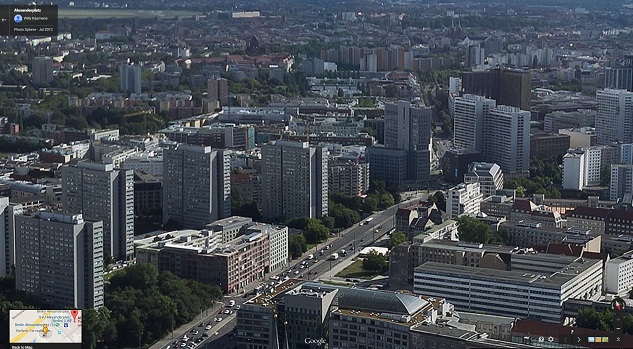 Also, there are a heck of a lot more trees. Budapest was like this, too: When I was growing up, there were barely any trees. That is because most trees were cut down for firewood during WW2 so in the 1960s, there were still very few mature trees in the city. Today, the street where I grew up is completely covered by a canopy of green.