My name is not the rarest, but also not terribly common. I never met another Viktor Toth in person, but over the years, I came across a few and I’ve at least been in close contact with one.

The first Viktor Toth I read about as a teenager was featured with his girlfriend in some silly magazine for young Pioneers in then-communist Hungary.

Around the same time, I also read about a Viktor Toth in a small town in Hungary, who butchered his unfortunate wife with an axe. Yikes!

When I came to Ottawa, Canada, I was surprised to learn that there was already a Victor Toth in the local phone book. I never met him, but I did end up working with a gentleman who knew him.

It was still relatively early in the Internet era when I first searched for my own name, in the context of the small Hungarian town of Visegrad where I once lived. Much to my surprise, I found a Viktor Toth but it wasn’t me. It was a Hungarian astronomer who organized a conference that happened to take place in that small town. (Much later, he and I got in touch and even collaborated a little, contributing an article to a Hungarian popular science magazine about the future of radio astronomy in the country.)

There is a Viktor Toth who is an internationally renowned jazz saxophonist; unfortunately the type of improvisation-based modern jazz he plays is not my favorite subgenre, but he seems very well regarded.

And finally, there’s the Viktor Toth who recently put his pet rat into a virtual reality harness and had him play Doom. For the record, the only rat I own is this one, and he definitely doesn’t play Doom: 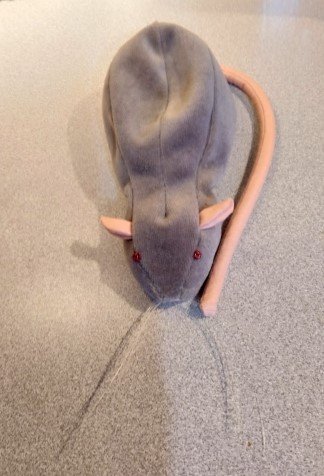