I value StackExchange. I often come across technical answers that I could not find elsewhere. Yet I contribute only rarely, and I am always hesitant. StackExchange’s quick-to-punish culture does not encourage contributions.

Case in question: I recently searched for a particular solution in SQL. A Google search led me to a StackExchange page with a closely related question and some good answers. Also a bad one.

Except that this bad answer was nonetheless marked as the “accepted” answer by the question author.

And as a result, it garnered as many as 41 (!!!) downvotes. I’m sure there are some, but I’ve never before seen a StackExchange answer with this many downvotes. 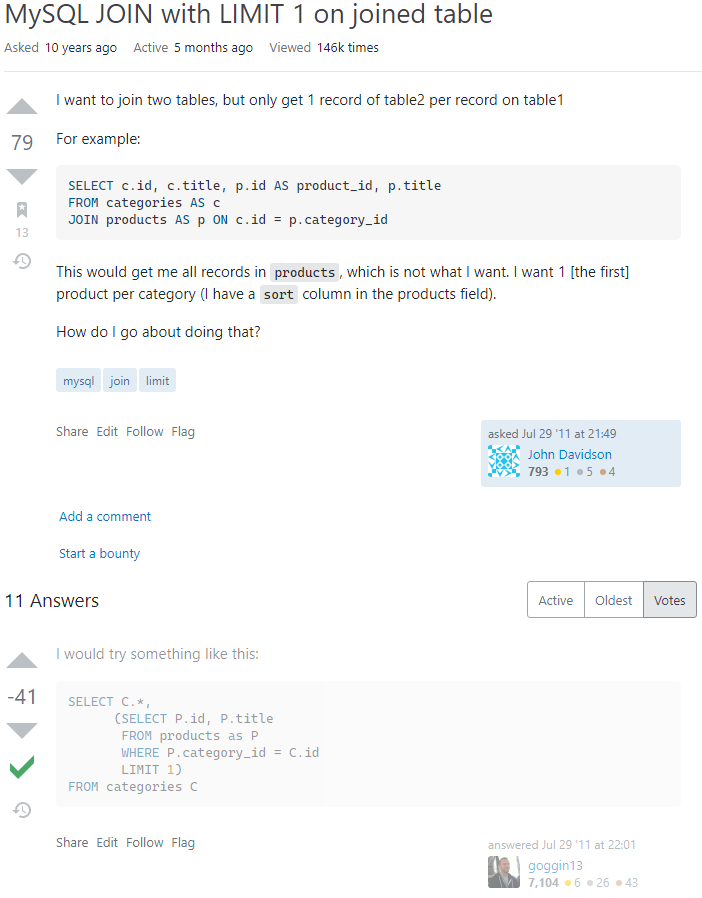 Of course there are bad answers, which sometimes end up in negative territory (that alone is a huge turnoff for many potential contributors.) Usually they end up at the bottom of the page, often not even shown.

Not in this case. Because the answer was marked as “accepted”, it remains on top and continues to garner downvotes. Presumably, folks react to it being the accepted answer, but the one they’re punishing is the person who offered the answer in the first place.

It’s sad, really. The answer is technically incorrect but it is not nonsense, and was obviously offered in good faith. To no avail; when StackExchange punishes you, your intentions matter little.

Oh, but you can vote for moderators…